Since Bubbles got ill, I've not posted much about my other cats, so it occurred to me that some of the newer readers might not know the rest of my cat family. So here is Madness. She is now the cat I've had the longest (since January 2007) and you can read about how she came to live with me here. Madness is now the only cat left that moved with me from Louisiana, since the 2Bs have both passed. 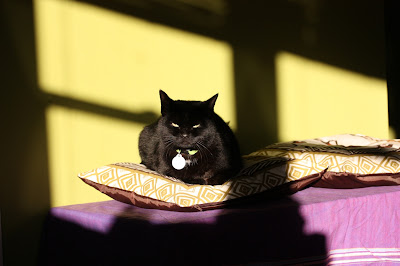 It turns out that her name is well suited to her personality. She can be a wild one. She does not like other cats. She will not pick a fight, she just ignores them. Unless they try to play with her (usually Trouble tries this) or get too close to her - then it is time for extreme hissing. 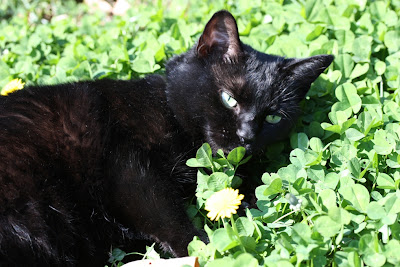 Like her role model Grr, she definately lives life on her own terms. She likes her tummy rubbed, but only for as long as she decides it's OK, after that you get the claws of death. 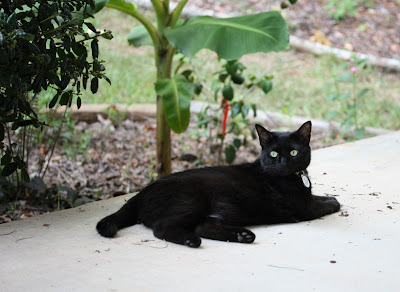 She is not a big cuddler, but she likes to sleep on the bed with me (as long as no other cat touches her) and when I sit on the couch she likes to climb on my chest for some scritches. Of course only for as long as I scratch her in exactly the right way and don't move any part of my body except for my scratching hand. Did I mention that everything has to be on her terms?
Posted by Madness, Trouble, Squish and Milkbone at 12:03 PM 8 comments: